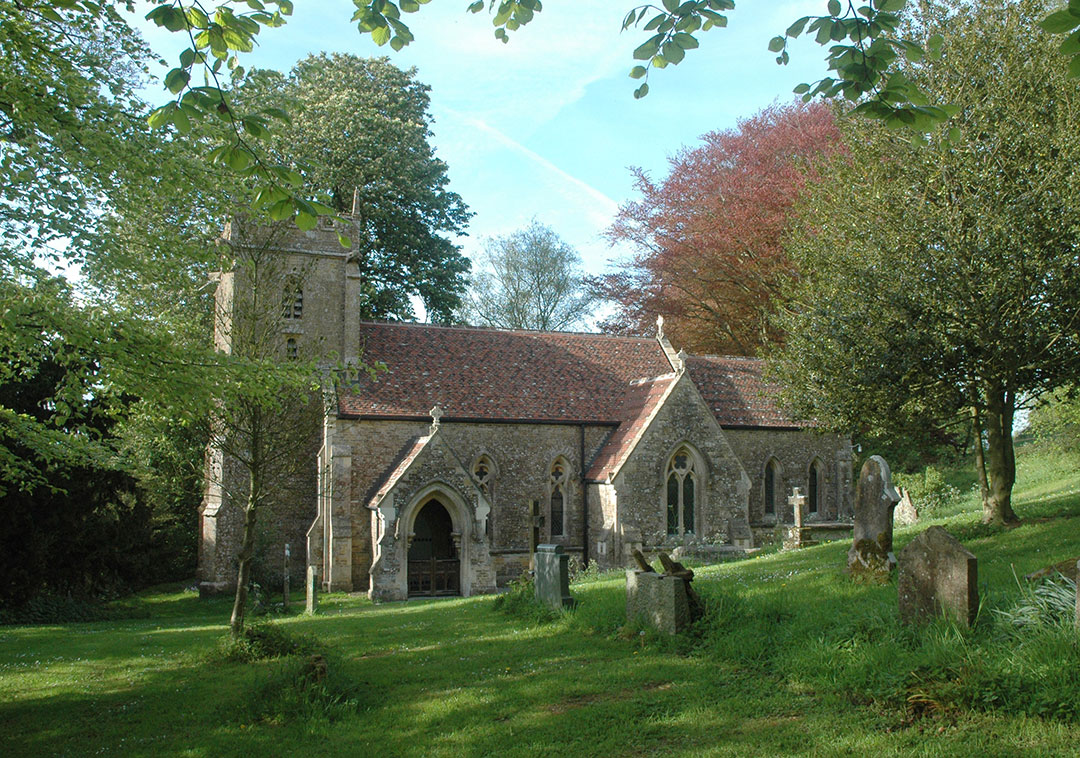 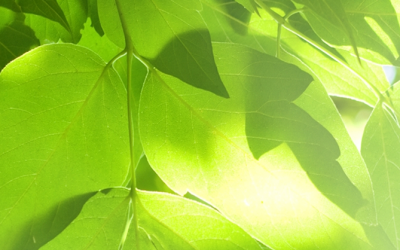 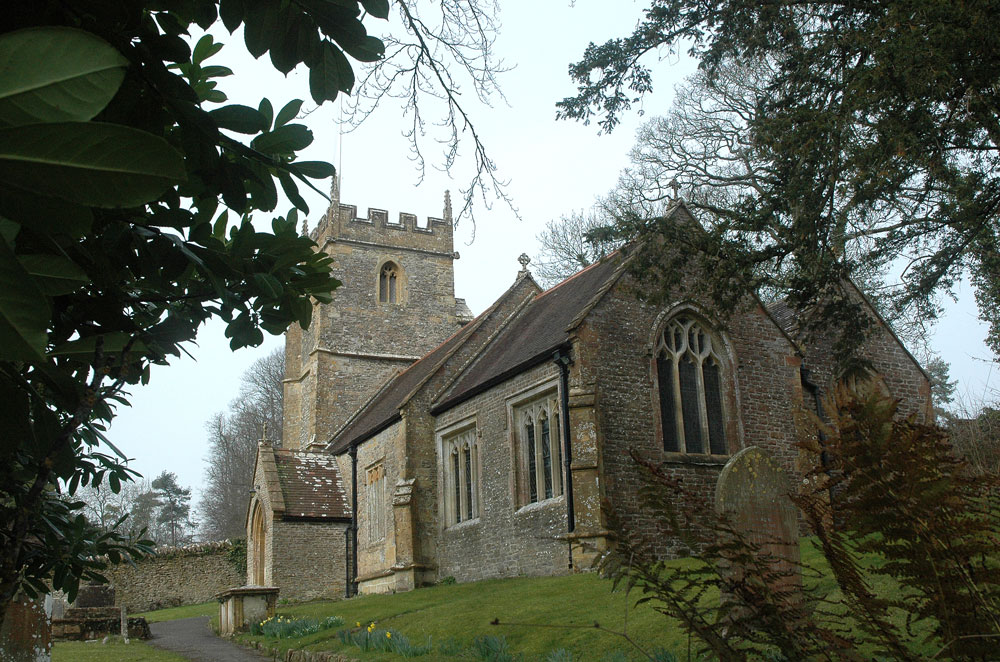 Regular services in Maperton Church resumed with Communion at 11.00am on the Third Sunday of the month from May.  (Please note: in August the Communion will be on the Fifth Sunday – August 29th – and not the Third Sunday)  If attending, please observe the requested coronavirus precautions. 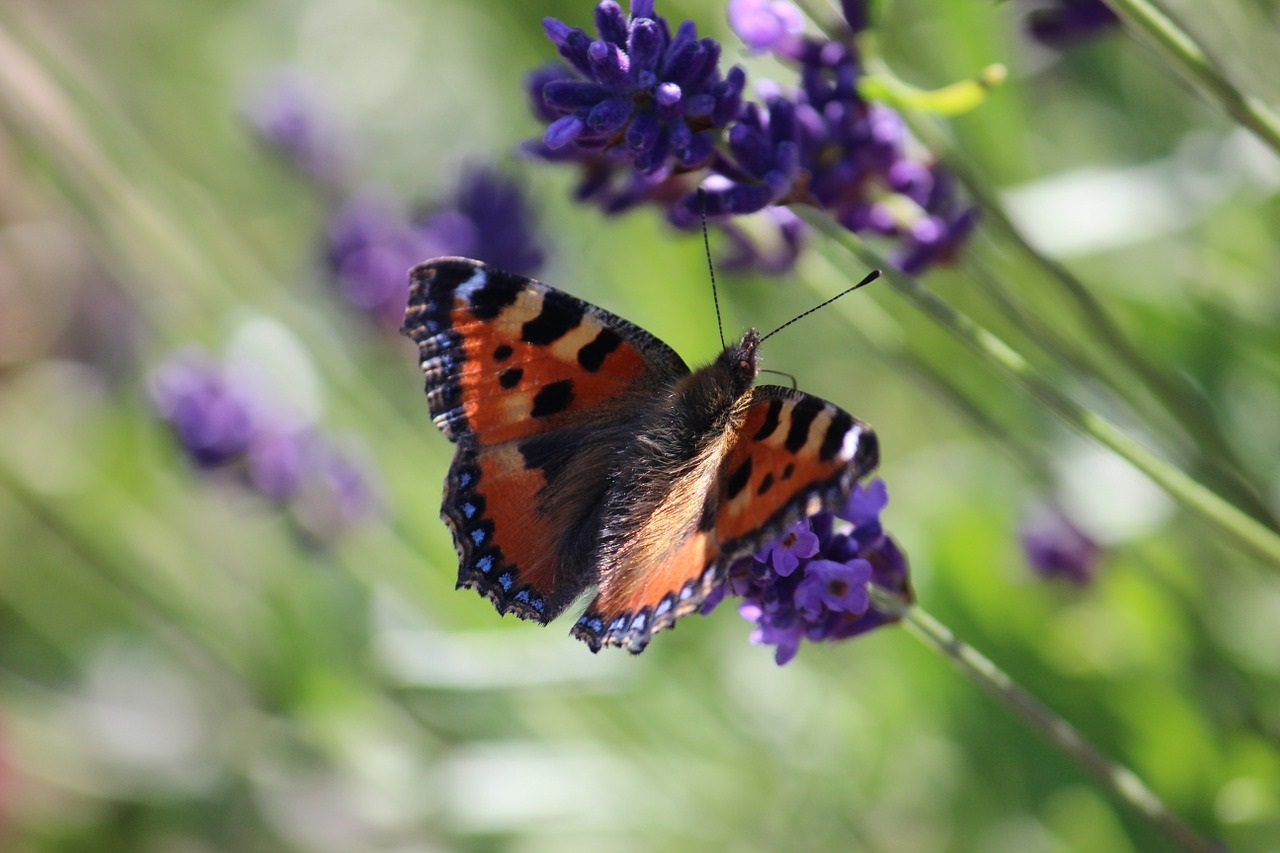 The church of St Peter and St Paul nestles on the side of the hill above the Maperton House.  The site of the medieval castle and village lies in the fields to the north and east of the church.  In 1630 Maperton was described as ‘a little obscure village’, but it had been an important manor belonging to the Newmarch family.  The name Maperton means, in old English, farmstead where apple trees grow.

Approached by a short track protected on either side by the memorial wall and a line of beech trees it is the only community building in the village.  There is evidence of an earlier building, but the entire church except for the 15th century perpendicular tower was rebuilt in 1869 by London architect Henry Hall in the fashionable Victorian decorated gothic style.  His work can also be seen in Sandford Orcas church.  He was obviously influenced by the Cambridge Camden Society’s widely disseminated views about the proper design of an Anglican church fit for Prayer Book services in the wake of the Anglo Catholic revival led by the Oxford Movement in the 19th century.  There is therefore emphasis on the view from the nave towards the chancel and altar.

Notable features to see in the church and churchyard

Chancel, the chief glory – robust chancel arch with pillars resting on chunky corbels with naturalistic foliage; elaborate reredos in the form of an arcade decorated with coloured tiles and more naturalistic foliage – the emblems of the four evangelists with the Lamb of God and the text ‘Holy, Holy, Holy, Lord God of Hosts’; fine embroidered altar frontal; Norman pillar piscina

Furnishings – Norman font; arms of George II as a hatchment (diamond shaped funeral tablet) dated 1738 on death of Queen Caroline; poignant memorial in chancel to Brigadier Claude Nicholson who died in 1943 aged 44 in a German POW camp (his aunt lived in Maperton House) ; a peal of six bells in the tower (three 17th century bells recast as five in 1905)

17th century ledger (tombstone) and other memorials under the tower (in the boiler house! 18th century ledger, originally in the chancel, to Philip and Jane Bennett with the charming inscription, ‘As he was universally esteemed for his friendship, good nature and honesty, she was no less remarkable for her beauty, virtue, good sense and piety’)

View looking up to the high altar from the nave, with shallow transepts on either side – south, a chapel to St Mary and north, the organ chamber with fine, modest organ by Henry Bevington dating 1869

Patterned tiled roof and tower with gargoyles and hunky-punks; carved heads on corbels of the drip stones of the 13th century style Victorian windows

Stone fragments (corbels and Saxon decorative panel) in the porch

“Owe nothing to anyone—except for your obligation to love one another. If you love your neighbour, you will fulfil the requirements of God’s law.”